This marks the last day in Cuba as we head back to Havana this morning. I got up pretty early to catch the sun. I wanted to have a shower but there was no water! I could not shower, so I wet the towel with some drinking water and gave myself a good wipe down. Headed out and caught some good shots of nice colour in the sky. Wasn't quite a sun rise as the sun rises over the hills. 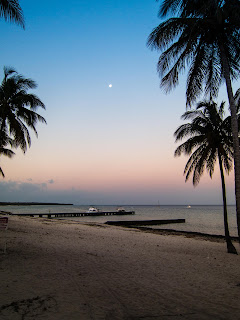 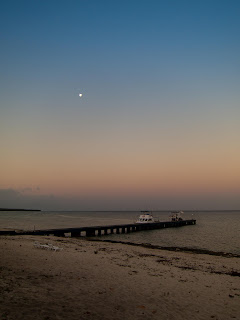 After breakfast, went to pack up and found that the water came back! So had a shower and came back down to reception to check out and load my bags onto the bus for the trip back to Havana.

The journey to Havana was about 5 hours and many of us slept in the bus. There was endless scenery of tobacco plantations, and little villages along the way. We pass by many forms of transportation from the trucks that I took, to horse carts with one horse, two horses and even with cows and donkeys. Looks like any animal that can pull is an ideal candidate for transportation. As I was looking out the window,I saw this guys walking his huge pig by the side of the street. Looks like the pig's life is coming to an end and will be ending up on someone's pot very soon.

We stopped to refuel close to lunch so I decided to buy a ham sandwich and a drink. I saw some condensed milk so wanted to get some coffee to go with it. When I asked, the lady at the counter said that I could only get condensed milk only if I bought the Bucanero malt. I didn't want any malt so decided against it. I then saw some local ice cream that looked yummy. So instead of a drink, I got the ice cream. It was really creamy and nice. I thought it was a lot to finish but wasn't quite. I took the chocolate one and others took vanilla and strawberry so we passed it around, only to those who dare. There were still people who were cautious not to take anything local due to the water that goes into it. Fair enough. I think I have a strong enough stomach. 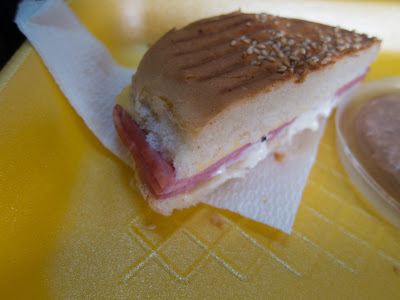 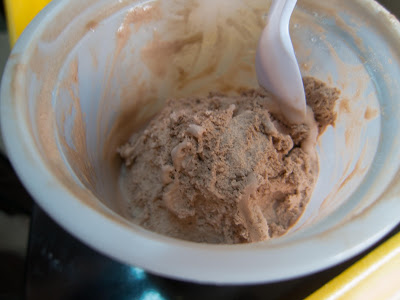 Finally at 2.30pm we came into Havana. We passed several shops and street markets selling clothes and housewares. It was Saturday so most of the markets are open for the locals. Apparently clothing is still sold in the black market because you cannot actually import clothes. How bizarre! The state issued clothes are all the same. You get green or white tee shirts and trousers. We saw one such factory producing these clothes in Pinar Del Rio a few days ago. These shops kind of reminded me of the shops in Kerinci.

After we pulled into old Havana where our accommodation for that night is, we were sorted into various casas. I got one that was on the first floor luckily and not higher. I had a room to myself again. I shared the house with the two nurses, Bronwyn and Leonie from Geelong, and Mala from Melbourne. After we sorted out bags and gave our passport details to the casa owner, we headed out to meet the rest for a whirlwind tour of old Havana. I have done much of this so just tagged along to see it again.

In 2 hours we managed to cover what I did in about 8 hours earlier. Many of them in our group will be staying a few extra days so this was a teaser for where to go and what to see. I think my tour covered a few extra places and missed a few. We passed a shop selling jewellery and was one of the oldest in Havana. Some of them bought some beautiful jewellery and I saw one black earrings that was really nice. It was apparently made of corals and they are endangered so Intrepid does not encourage us buying it. Natalia said she wouldn't recommend me buying it but she'll close one eye if I chose to buy it, so I did. One for Vera and one for Ashwini. Hope they like them. As we waked further saw the Serrano coffee outlet so, bought one kilogram of coffee. I decided to buy the beans instead of ground coffee as beans last longer. Just need to get a grinder back home. 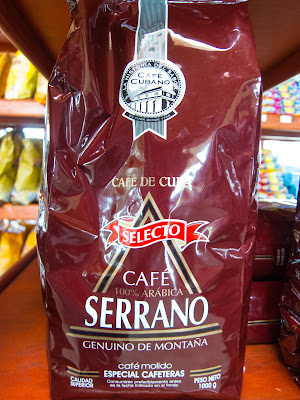 Last stop was the local craft market which only opens on weekends. I saw this leather bag with at was cute and thought Ashwini will like it. The lady asked me if I wanted to engrave her name on it. I did that and bought the bag for her.

After the tour, the group decided that the last meal in Havana should be memorable. So we asked Natalia to suggest somewhere really nice. She got us booked at a really fancy and secluded restaurant in town that only a few know about. It is called La Guarida in Central Havana. It is apparently the hardest table to reserve in Cuba according to a review we saw. 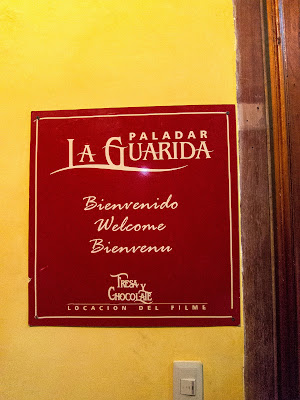 We split up into two groups so we could get taxis to get us there. We were given directions to get there and we hailed down those big American cars so that more could fit in them. After circling a few places and our cab driver asking for directions, we arrived just in time. If we had passed this place, we would never have known that there was a restaurant here. The ground floor was in complete rumbles and in those little rooms, people lived in them. Then we went up a once beautiful spiral staircase and the second floor was again beautiful and had a history of the Cuban revolution. Then finally another floor on the beautiful staircase, took us to this restaurant with about ten tables. 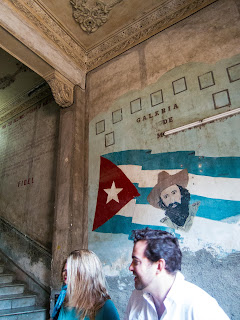 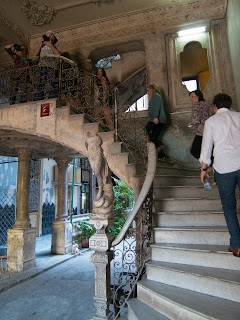 Our table was waiting for us. The menu was rather expensive by Cuban standards and apparently only foreigners and rich Cubans patronise this place. I can understand why. 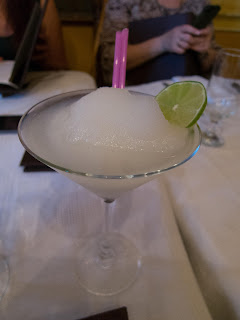 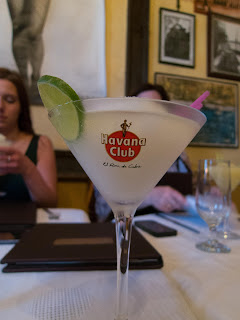 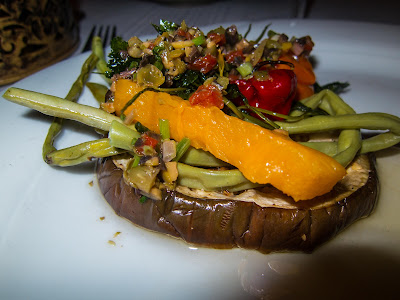 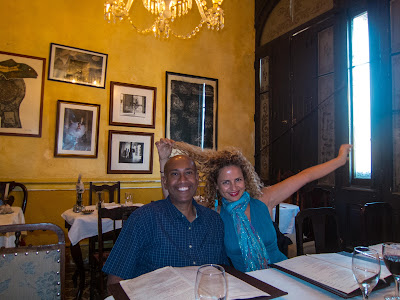 We later made a collection for Natalia and said the goodbyes as some will be staying while others leaving at various times and days. Natalia arranged taxis for us and mine was to arrive at 5.30am the next morning. We called it a day after we walked to the Malechon and took a taxi back to the Casa.
Posted by The Ganasons